Though the event in Budapest will be a cadet level, more than 500 wrestlers will fight for 30 gold medals on offer in the Hungarian capital from July 19 to 25.

With the Tokyo Olympics beginning in the middle of the cadet Worlds, it may serve as extra motivation for a few who will go on to represent their respective countries in the Olympics in Paris or Los Angeles over the next two Olympic cycles.

Since the start of this year, United World Wrestling has successfully conducted international events including four Olympic qualifying tournaments, three senior continental championships, and two continental championships at the cadet level. The World Championships will only add to the success story of wrestling competitions being organized with highest preventive measures in place during the pandemic.

Six countries are bringing a full squad for 30 wrestlers each for the tournament with defending team champion in freestyle Russian Federation leading the way. Greco-Roman champions from the 2019 tournament in Sofia, Iran will look to defend their title as well.

Two international women’s powerhouses Japan and China decided to give the tournament a skip owing to COVID-19 related restrictions around the world. But this gives teams like USA, third in Sofia, Russia, India and others to lay their claim for the team title.

This tournament will also see two wrestlers from the United Arab Emirates competing at the cadet Worlds for the first time after one each at the 2015 and 2016 editions.

A special condition will see Musza ARSUNKAEV (UWW) wrestling at 80kg in men’s freestyle. under the United World Wrestling flag.

While the dull of 2020 saw many cadet stars shift to junior and senior groups and continue their careers, a few medalists from Sofia landed in Budapest to repeat their achievement from two years ago.

The field will be led by the only returning world champion KOMAL (IND) who won the gold medal at 40kg two years back. She will be jumping up to 46kg in Budapest. 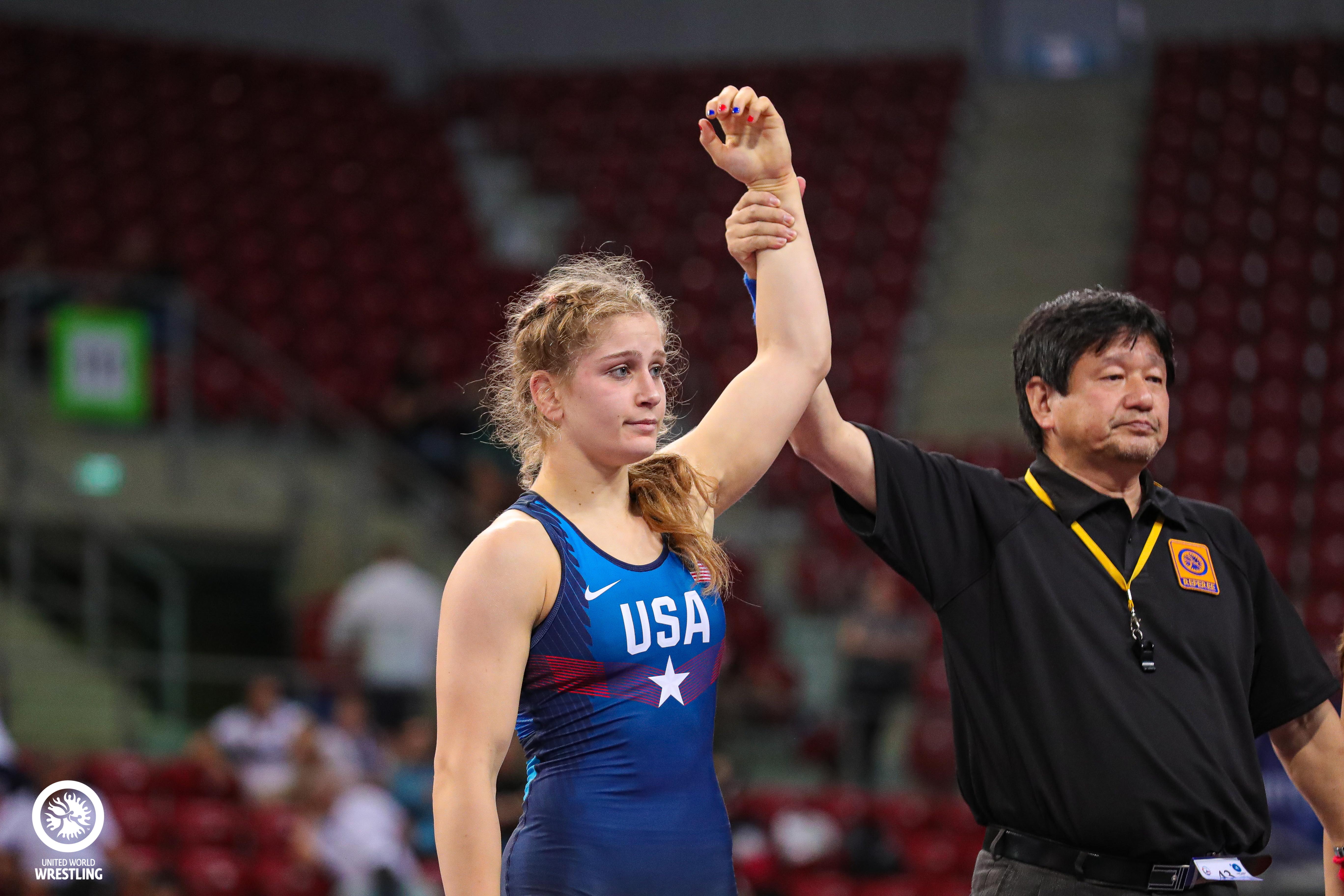 Amit ELOR (USA), a bronze medalist at 69kg from Sofia, will look to improve on her result from two years ago. She will once again wrestle at 69kg. She had lost in the semifinal last time.

With Japan and China missing from the field, the fight for the team title will be interesting especially with Ukraine women’s wrestling seeing an unprecedented rise in recent times.

For that reason, all four medalists from five weight classes of cadet Euros are wrestling in Budapest. 33 medalists out of the 39 in Samokov will be in action in Hungary. All 10 gold medalists are entered.

At 40kg, Anastasiia POLSKA (UKR) won the gold at cadet Euros while her teammates from Ukraine — Mariia YEFREMOVA (UKR)) and Iryna BONDAR (UKR) – won the top medals at 49kg and 61kg respectively .

Belarus is sending 49kg gold medalist Sviatlana KATENKA (BLR) in a hope that she repeats her feat at the world level. The same will be expected from Viktoryia RADZKOVA (BLR) at 69kg.

Georgiana LIRCA (ROU) and Angelina PERVUKHINA (RUS) will hope for a rematch at 57kg as the Romanian came out on top in the last month’s tournament.

The home country has pinned their hopes for a gold medal on Eniko ELEKES (HUN) who stunned the field at 65kg in Samokov to win the gold medal. 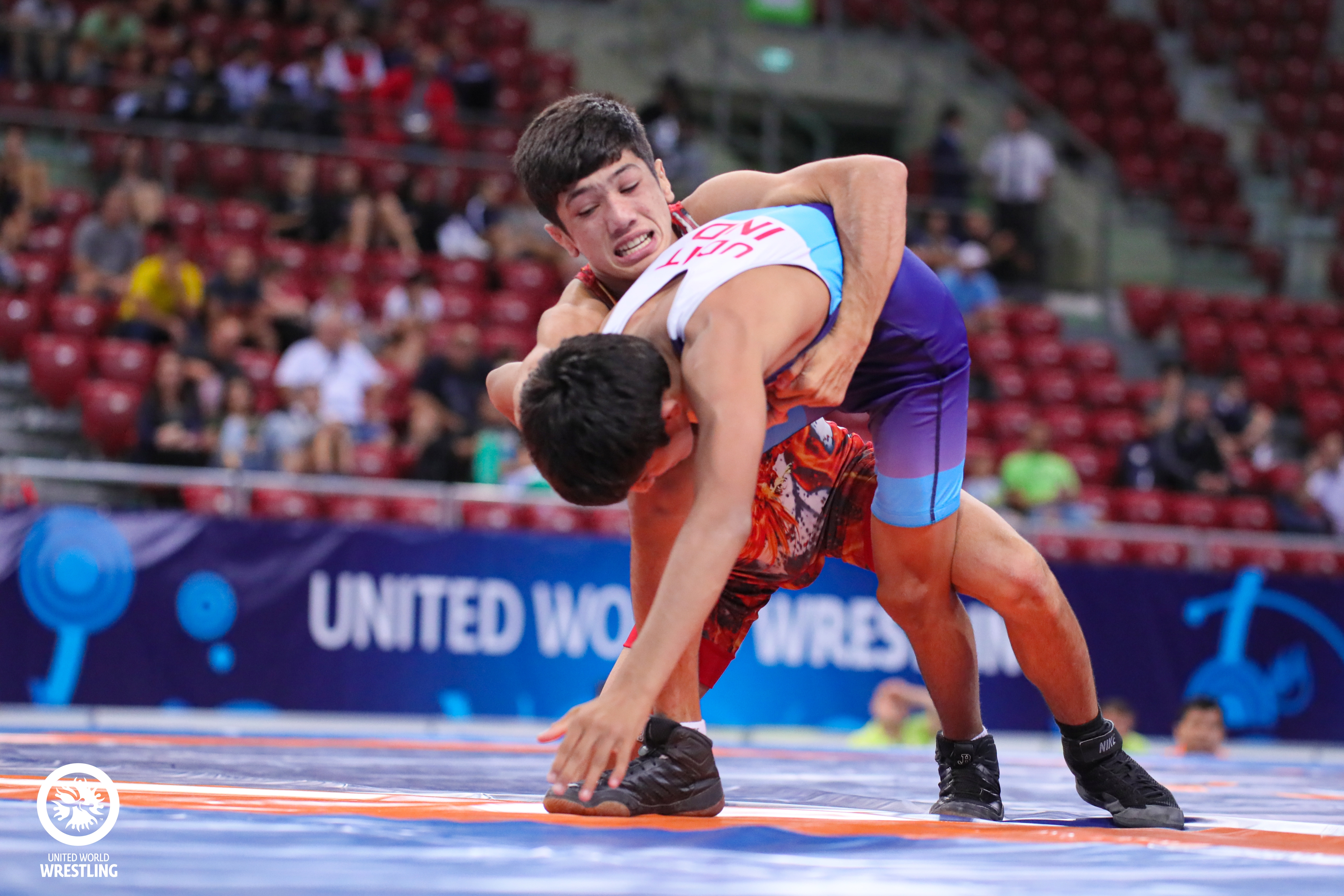 In freestyle, the two biggest names are Kamronbek KADAMOV (UZB) who won a silver medal at 48kg at the Sofia Worlds but has jumped to 60kg now. The other name is Javid JAVADOV (AZE). He finished fifth in Sofia but he was a young cadet that year. Just a month ago, Javadov won the silver medal at the cadet European Championships at 51kg and will perform at 55kg in Budapest.

Out of the 40 medalists at the cadet Euros in May, 29 are entered to wrestle in Budapest with all four medalists at 80kg and 110kg sending their names.

Andranik AVETISYAN (ARM), who won the gold medal at cadet Euros will look to repeat that success at the world level as well at 55kg. Another Armenian Aren ISRAYELYAN (ARM) will be looking to do the same at 71k.

At 80kg, Oleksandr MAMROSH (UKR) will have challenges from his fellow podium finishers from Samokov, Bulgaria and a chance of rematch against Tornike SAMKHARADZE (GEO) as the two in the finals in Samokov.

Levan LAGVILAVA (FRA) will be out to prove that his cadet Euro gold at 110kg was no fluke as he also has his fellow podium finishers in the field. Add to them the champion from Pan Am Championships James MULLEN (USA).

Other Pan Am champions who are entered in the freestyle field in Budapest are Bowen BASSETT (USA) at 45kg, Luke LILLEDAHL (USA) at 48kg and Beau MANTANONA (USA) at 60kg.

A similar situation awaits in Greco-Roman. However, there is only one returning medalist from Sofia — Tamazi GLONTI (GEO) who won a bronze at 45kg and will now compete at 55kg. 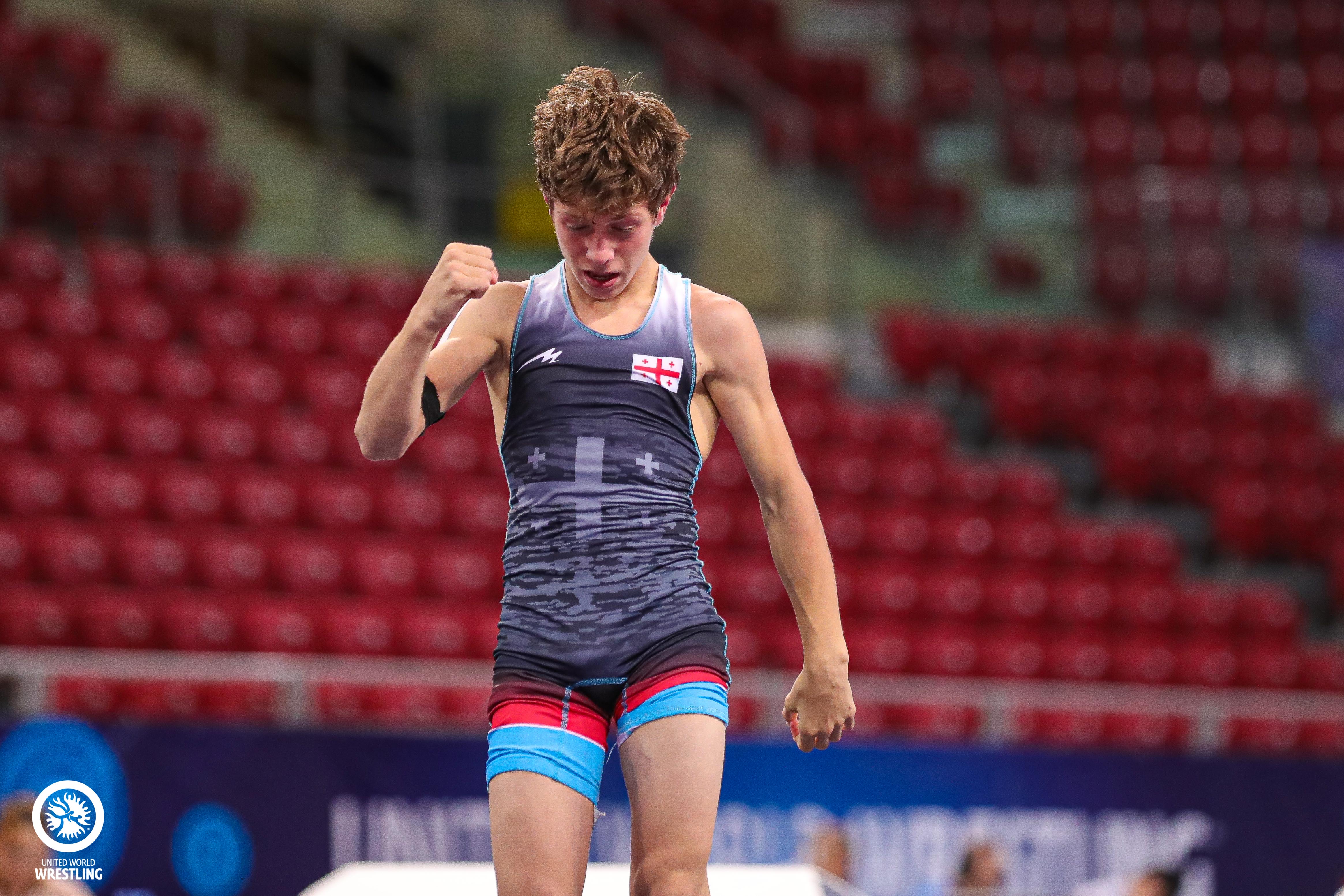 While Iran has no returning medalist, the new team can still show why they are dubbed as the powerhouse of Greco-Roman wrestling. Along with Iran, Kazakhstan and Kyrgyzstan will also be challenging the world.

But a host of medalists from cadet Euros will be in action. Four weight classes have all the four medalists competing in Budapest and a total of 31 medalists out of 40 from Samokov.

Rahim HASANOV (AZE) will be looking to win a world gold as well after winning the Euro gold medal. But in his path will be the three other medalists from the same tournament and Bassett from USA who also won the 45kg Greco-Roman gold in Mexico.

Azerbaijan entered European champ Faraim MUSTAFAYEV (AZE) at 48kg and he will also look for his second gold medal of the year. At 51kg, Borislav KIRILOV (BUL) is the continental champion looking for world glory.

Another Azerbaijani, Farid KHALILOV (AZE) is the European champ entered in Budapest but so is Brock BOBZIEN (USA) who is the champion of Pan Ams at 60kg.

Ukraine will have their Euro champ at 65kg Imed KHUDZHADZE (UKR) looking to win a gold medal at Worlds but Anri PUTKARADZE (GEO), a silver medalist from Samokov, is also entered.

The field at 80kg makes Achiko BOLKVADZE (GEO) and his fellow medalist — Mihai GUTU (MDA), Ivan TSYBANEV (UKR) and Maksim MASIUKEVICH (BLR) – face each other again in less than a month’s time. Ryder ROGOTZKE (USA), the Pan Am champ will also try to spring a surprise.

At 92kg, a rematch of the Euros is a possibility as gold medalist Vladyslav LUB (UKR) and silver medalist Timur CHERNYSHEV (RUS) are entered along with the two bronze medalists

Two continental champions — Daniil CHASOVNIKOV (RUS) and Mullen – are entered at 110kg along with other medalists from Europe.

Wrestling will begin Monday with freestyle action in 48kg, 55kg, 65kg, 80kg and 110kg and run through to Sunday with Greco-Roman capping off things.